Could we please have the episode titled "The Devil of Christmas" changed from being a special to Season 3 Episode 1.

I did a search, and it looks like it was originally 3x01, but this thread may have got that changed to a special, as we had no other info on Season 3 at the time: http://forums.thetvdb.com/viewtopic.php ... side+no.+9

But now, as the next episode is due to air tomorrow, it looks like there is fairly reasonable data to suggest it is indeed part of season 3.

Currently, TheTVDB lists "The Devil of Christmas" as a special, and lists season 3 as having 5 episodes, starting with 3x01-"The Bill":
http://thetvdb.com/?tab=seasonall&id=276840&lid=7

The official BBC page doesn't give episode numbers, but it definitely lists both mentioned episodes under season 3, with airdates to suggest the episode order already outlined above: http://www.bbc.co.uk/programmes/b05p650r/episodes/guide

And finally, the BBC store, where you can officially buy episodes lists it under season 3, with "The Bill" clearly marked as episode 2: https://store.bbc.com/inside-no-9/series-3

I think this is sufficient evidence, without having to mention other sources

The BBC website now lists this as the first episode of Series 3. 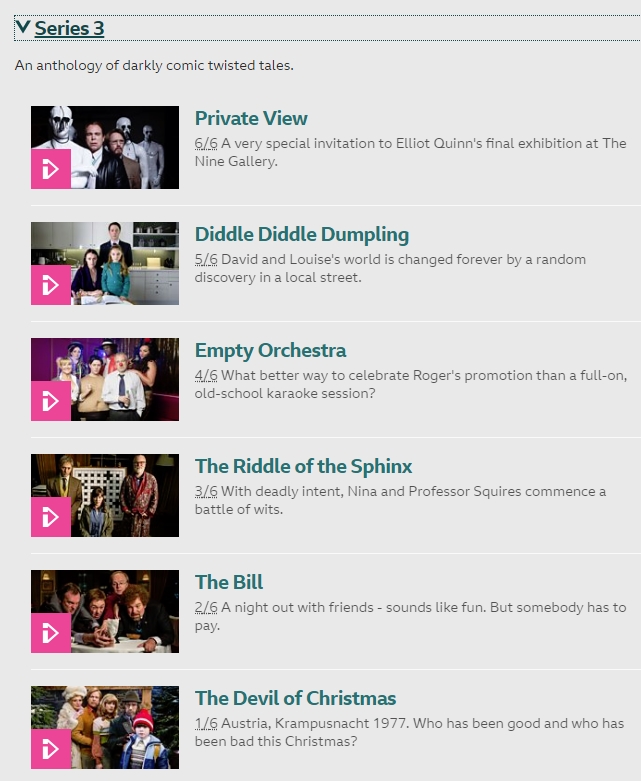